On my recent trip to India, I had a layover at the Schipol airport in Amsterdam. We had a long layover and while we were whiling away the hours, my friend Hareesh asked me, if I noticed anything about the restrooms in the airport. I told him that I thought they were unusually neat for a public restroom. He went on to explain that this “neatness” was the result of a fake “fly” in the Urinals.

Here’s a long shot and a close up of the fly. 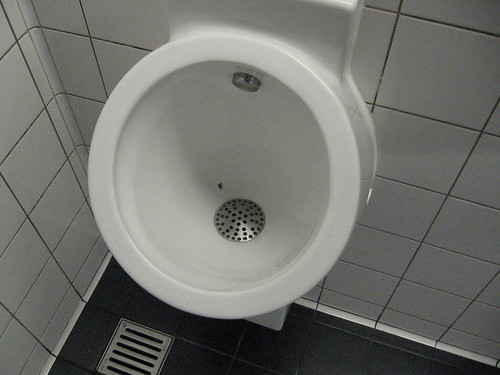 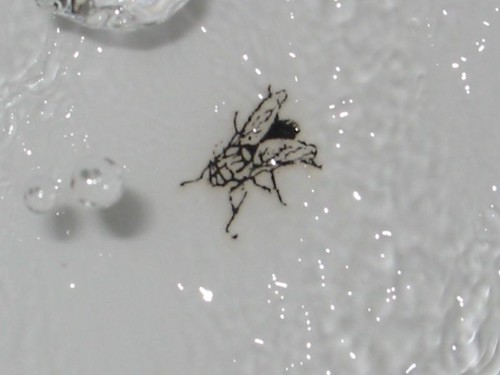 Apparently, the Airport administration got a lot of complaints in late 90s about the state of the restrooms and did a study on how to improve the cleanliness. And lo and behold, they came up with this idea of a “fake” fly. Apparently, when people see (on purpose or subliminally)Â  the fly, they try to “clean” it up :).. I think the real reason is a that men just need a target to piss on :). So there are less spills and the restrooms end up being cleaner.

I noticed the same thing at the MindTree offices in Bangalore. But here the message was a bit more direct and blunt :). But it got the job done. The restrooms in that office were also spotless.

On a larger scale, subliminal messaging can be used to bring around huge changes. There is a whole wing of the US military (and am sure inÂ  governments around the world) dedicated to Psychological Operations. Check out the WikiPedia link for some interesting projects this unit worked on.